Celebrities JIMMY LEONG
A Collector of All Things Beautiful

“To collect, enjoy and share all things beautiful” is a maxim business executive Jimmy Leong has lived by for most of his life thus far. By Allen Leung

And those things may be a century-old antique set of eight black wood chairs with side tables passed down from his grandfather, chandeliers with Swarovski crystals he bought at a lighting shop on River Valley Road recently, Hermes cushion cases, ivory art pieces, Versace tableware and Waterford Wedgwood tea sets from his trips overseas, silk scarves from India, curtain tassels from Iraq, paintings from Myanmar and more…..

A self-confessed chronic shopaholic, the bachelor in his late 50s says he started “shopping” for his treasures more than 25 years ago when he joined Leung Kai Fook Medical Company belonging to his uncle, the late Leong Heng Keng, as his business development manager.

“My job of marketing the company’s famous Axe Brand medicated oil has taken me to over 95 countries all over the world, even to those in Africa and South America,” recalls the jet-setting executive who spends at least six months overseas in a year.

His shopping sprees overseas started with the realisation that the cheap souvenirs such as mugs, key chains, pens and even replicas of historical buildings or landmarks he used to pick up after visiting each country are valueless which he discarded after a while.

“So instead of getting those tourists’ souvenirs, I decided to choose something beautiful, valuable and which the country I visited are well-known for,” Jimmy explains.

“And they also need not be expensive, like the sea shells I pay for in the Philippines, handicrafts from Botswana and safari stools from Kenya in Africa which are special to the countries.”

Delicate table ware and container from Iran and Waterford teapot and cup & saucer are among his collectibles. Also limited editions of Chinese artist Gong Dong’s human figures in red. 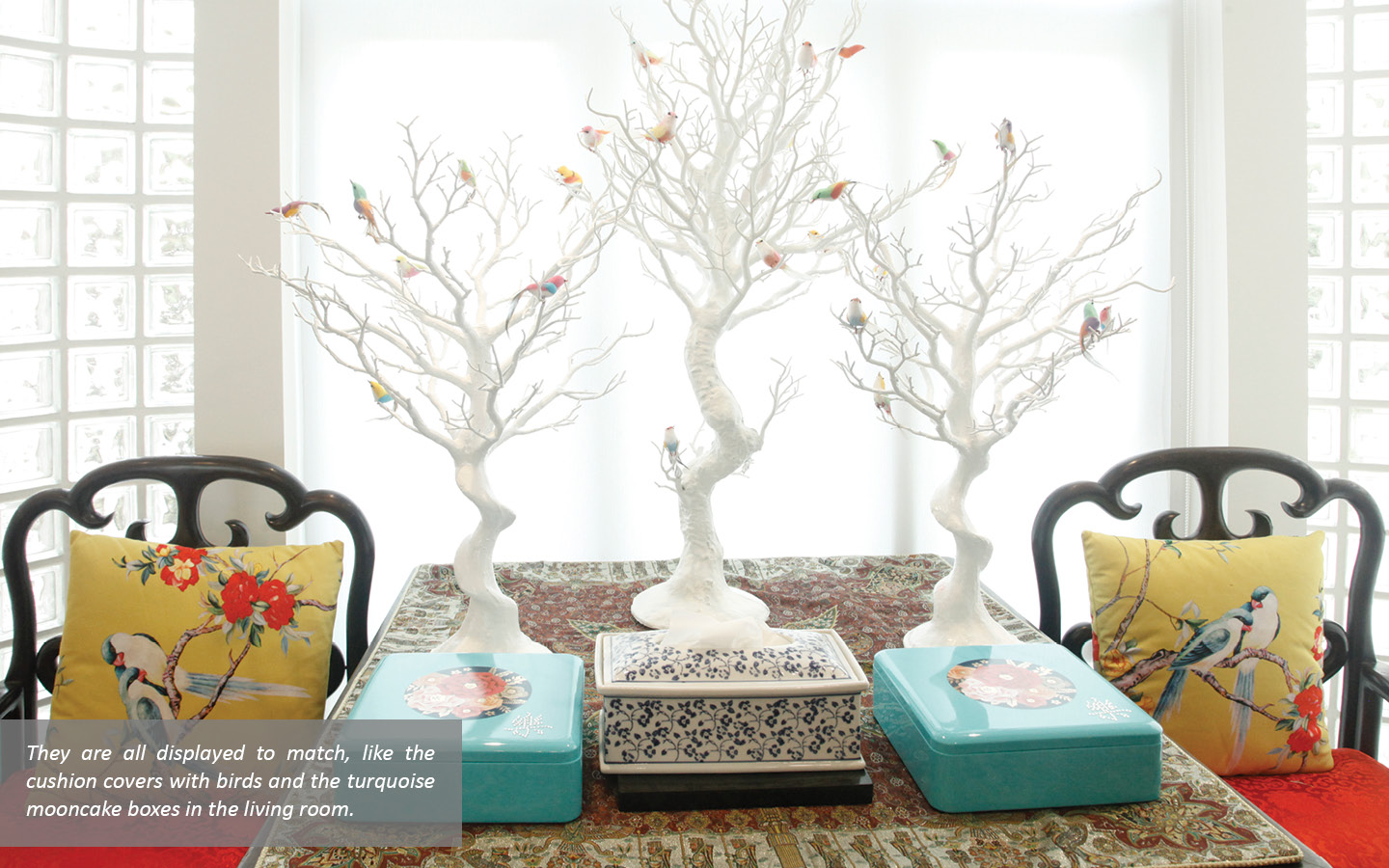 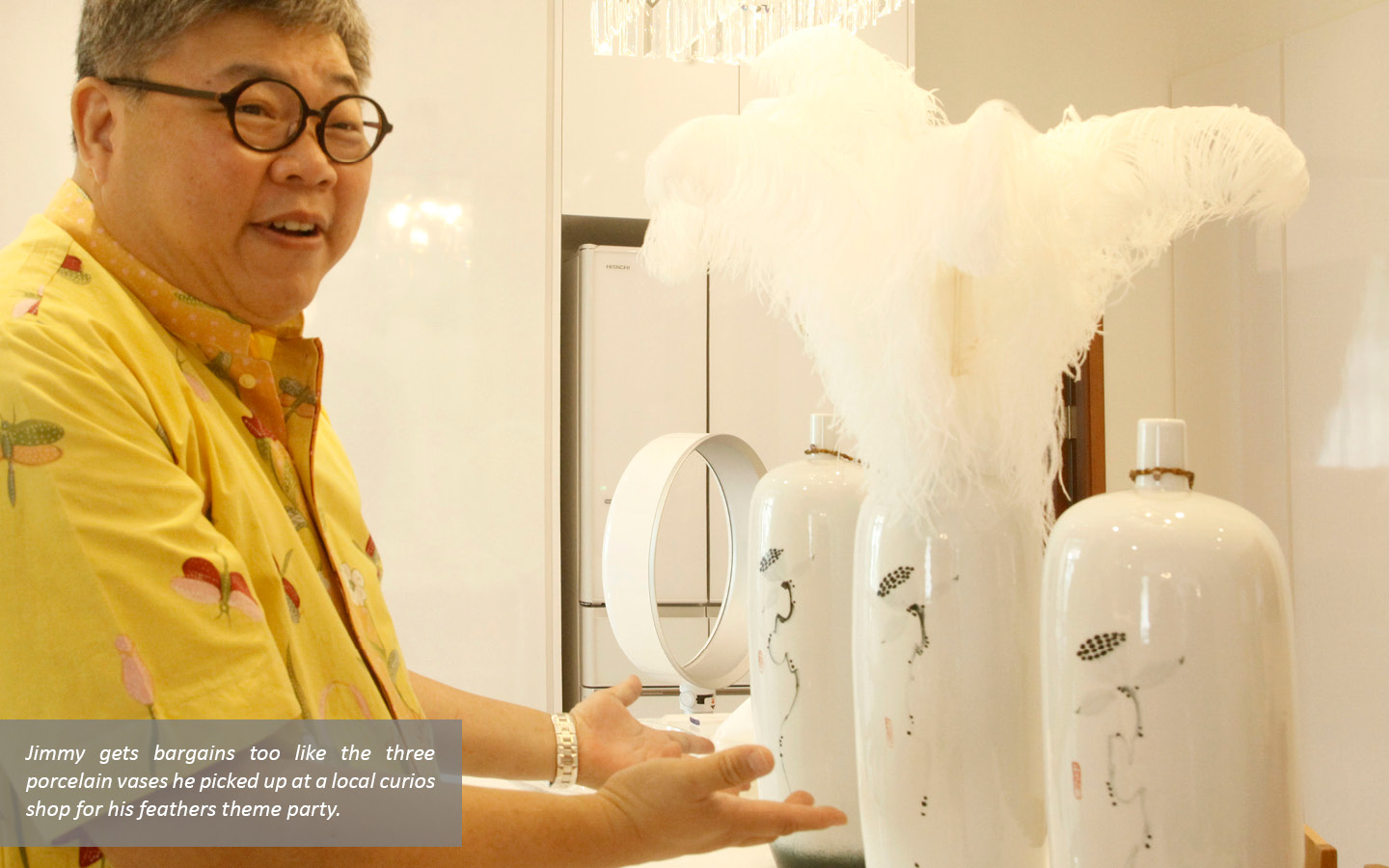 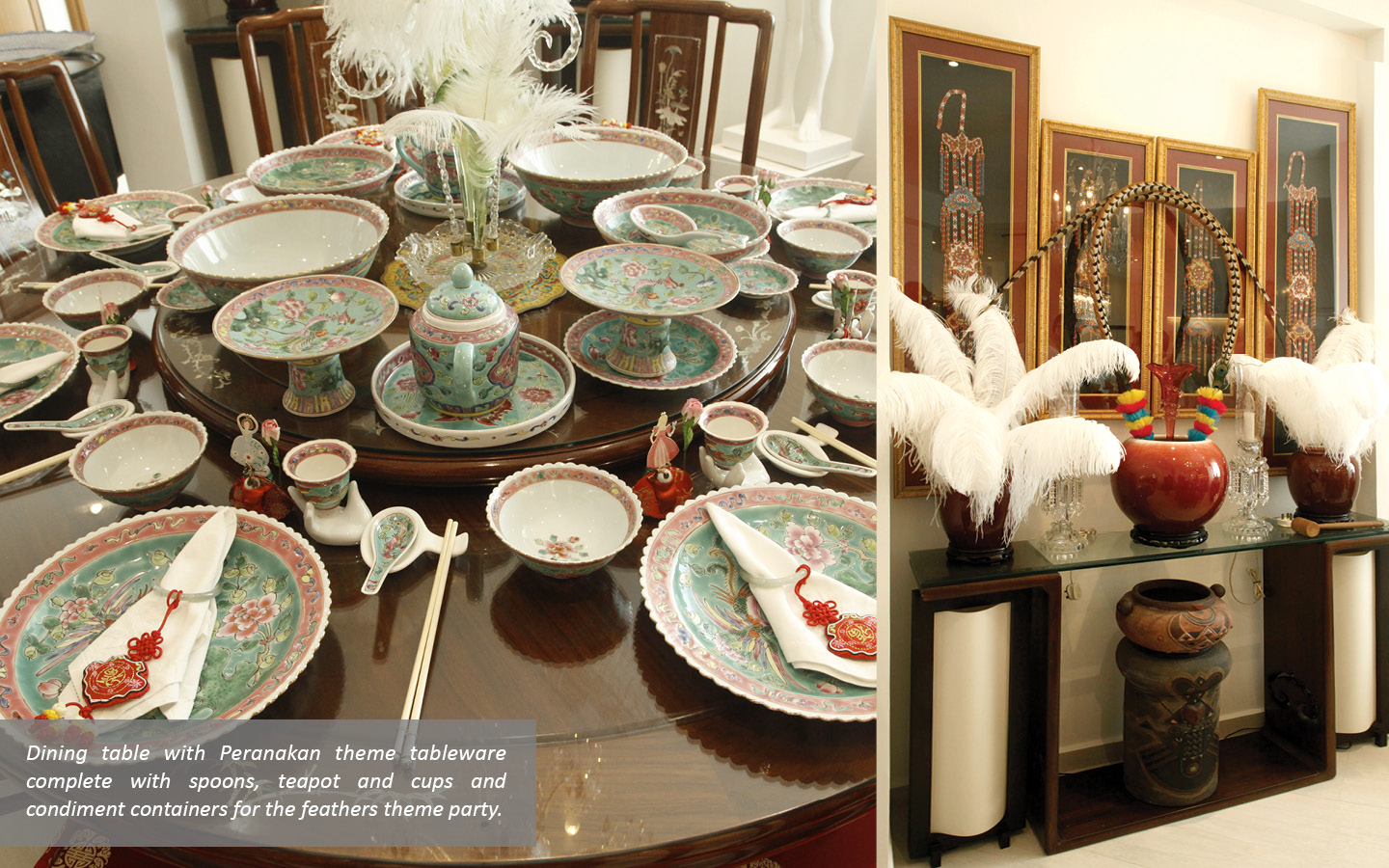 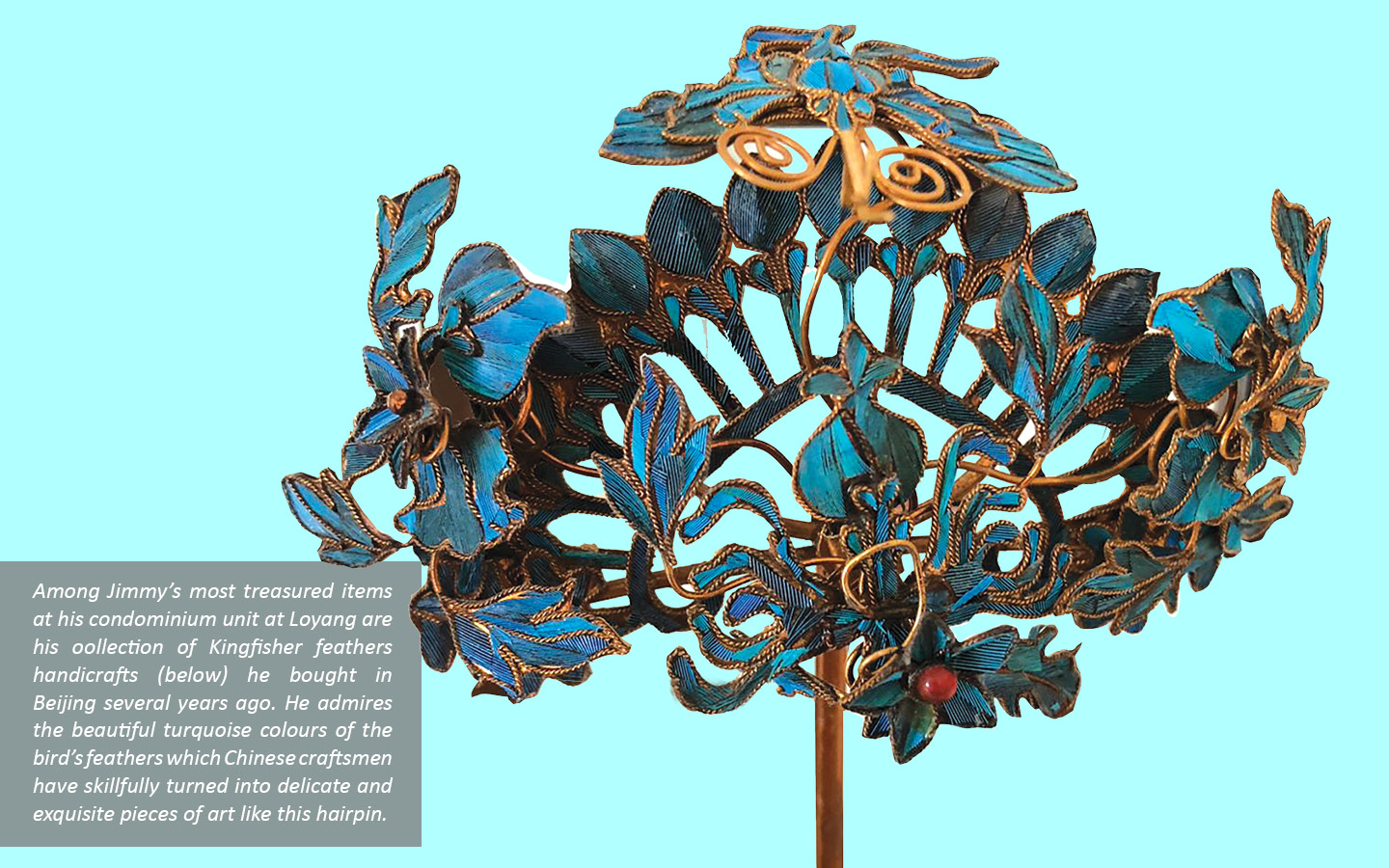 That’s how he started and he has not stopped shopping from then on. Apart from those shells and native craft works, he soon set his eyes on the more expensive items like jade carvings and paintings from South-east Asia, Buddhist tankas from Bhutan, and even antique furniture such as century-old beds from China.

He would often extend his business trips overseas by a day or two just to shop so that he “bring something home” to add to his collection of all things beautiful and collectable.
Soon his home, which used to be only a corner three-room HDB flat in Clementi years ago after his return from his business degree studies at the University of Oregon in the United States in 1988, were all filled with his treasures, so much so he had to renovate and re-design the place by hacking down some walls in order to give him more space to display them.

In that flat, he had already packed it with reproductions of antique four-poster bed, blackwood wardrobe, tables and chairs and paintings, which were once even featured in a local home décor magazine.

Well-known to his friends as one who loves collectibles and all things old and beautiful, he has received gifts from them too, like unique lampshades and a pair of swing doors which he used for his bathroom at the HDB flat. He reciprocated by bringing them interesting items from his trips or share with them duplicates he found in his collection and those he thinks his friends will appreciate more than he does.

He also shops locally when he is not travelling, such as six branded bar stools he picked up from a shop on Bencoolen Street for a song at only $230, a tenth of its original price, during a clearance sale at the upmarket furniture shop. Soon, his collection out-grew his flat and he had to move. He started to invest in properties as well. He had since sold and moved out of the HDB flat to a bigger home.

Without revealing the number of houses or condominium units he now owns, he took the writer to a 1,500 sq ft unit at a condominium in Loyang just next to Down Town East water theme park he bought recently for just over $1 million where he keeps and displays some of his treasures.
“The others are in my other places and two storerooms I rented,” he says as I arrived at the third storey apartment he had spent about $200,000 to renovate it rather extensively to be his weekend home. There he also entertains his friends and show his collections.

Brightly-lit and painted with a large living room and a dining area after he hacked down walls of a bedroom, he started to introduce his collection which filled almost every corner, both on the floor and walls.

Among his favourites, he points out, are exquisite handicrafts made from Kingfisher feathers he bought from Beijing several years ago for only a few thousand dollars each. “They are beautiful and their values have gone up many folds too,” he says with a great sense of satisfaction and pride.

Others include a few apples and pears which look like real ones but are made of ivory which he also bought in China.

Jimmy was preparing for a party when I visited him at his condo unit. He says he will be preparing Peranakan food for about 10 of his lady friends there with a feathers theme. So the dining table was laid with Peranakan tableware with matching spoons and condiment containers for the house-warming party of sorts.

“We hold regular parties to share our collections at these parties which are held at one another’s houses on rotation and sometimes in restaurants too,” he says.

Besides these sharing sessions, does Jimmy have any plans for his collection?
He replies: “So far, I acquire them for pleasure and take them out to look at or show them to friends who have requested to see them. I don’t intend to part ways with them”.

At the rate he is still buying and collecting, will Jimmy be running out of space soon? Fret not, he has already bought a similar size, second unit at the same condominium in Loyang, and will be renovating it soon to keep and show his expanding collection!